Home » Articles » The Most Popular Used Cars in New Zealand 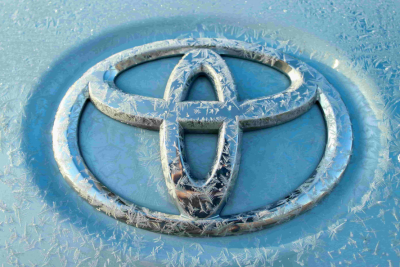 The Most Popular Used Cars in New Zealand

It’s not hard to understand why people are increasingly becoming more attracted to buying used cars in New Zealand. The import market has more than enough makes and models to choose from, and you get great value for your money. More often than not, these vehicles are Japanese import cars well regarded for their reliability and ease of maintenance.

If you’re planning to buy, MotorCo has a list of the most sought-after vehicles you may want to consider.

As a world-leading automaker, Toyota already solidified its reputation for producing high-quality vehicles that could practically last a lifetime given proper maintenance. That’s why Kiwis are more than pleased to obtain second-hand Toyota vehicles; because of their affordability, cost-effectiveness, and reliable components. The Toyota Corolla exemplifies all things reliability; lasting the ages and gracing driveways all over the country. The model comes in hatch, sedan, and wagon varieties, and has been named as New Zealand’s best-selling passenger car for a many years.

Mazda, another Japanese multinational automaker, makes it to our list of Kiwi-approved used cars. Pre-owned Mazda vehicles offer several benefits to the modern driver on top of what already sets them apart from the competition. Mazda doesn’t redesign models that often, and that’s why you can get the model you desire in used condition, and still get a good deal for it! Just take a look at the Mazda Axela. This model became Mazda’s fastest-selling vehicle, and has sold over four million units! The model is truly tried and tested, as it has also taken home the NZ Car of the Year Award.

Unlike new cars that depreciate the minute you drive them off the lot, used cars depreciate at a much slower rate. And that is why pre-owned Mazda vehicles that have lower price tags allow for a wider selection, so you can have a chance to choose a more upscale model, even a luxury one.

Nissan cars are also a popular and safe choice for Kiwis. The Nissan Tiida, which was introduced in 2004, is a five-door hatchback/four-door sedan boasting great engine performance with the economy of a hatch. It’s no wonder this model is an importer favourite. The Nissan Tiida includes a 1.5 or 1.8 four-cylinder engine (depending on your chosen model) in which the latter can be coupled to a six-speed manual transmission. In other words, this car is fairly zippy, but has enough reliability to make it fantastic for families.

Famous for their compact cars, Kiwis flock to this brand due to their cars’ excellent fuel efficiency. The Suzuki Swift is designed with smaller engines and lighter frames. These small cars have lower fuel consumption, hence increased savings for car owners. Overall, Suzuki swift is economical, practical, has great handling for its size. On top of that, it’s cheap to maintain. It’s certainly a smart investment, especially when you decide to go for pre-owned or use a pre-approved car finance package.

Japanese Imports: What do they have in common?

There’s no doubt that Japanese cars are consistently the top choice for drivers, especially those looking for a used vehicle. And several common features make them the popular choice.

Remember that a high-quality vehicle, even when used, allows you to get the same great benefits saving you major bucks! You don’t have to worry about registration costs, as purchasing a good condition used vehicle is easier to process and complete. Plus, you can’t go wrong with buying a used car, especially if it’s from a car dealership you can trust. MotorCo has some of the best Japanese import cars Auckland has to offer. We offer clients opportunities for finance packages that will best suit you. With MotorCo, getting your car has never been this quick and easy. Contact us today!